Set up a proxy server on Android

Our smartphones are becoming more powerful over time as they gain more capability (and usually end up costing more too). However, with all of this great functionality and all of these great tools, what about keeping our IPs hidden from people out there who want to steal our valuable information? Unlike the computer, it’s far easier to tap into someone’s phone. Someone might be inside of your phone right now and you might not even know it.

You know what it’s even easier to do? Scrape people’s phones for information, gather their number, gather everything confidential about them without your permission what so ever. You don’t need to give it to them, they can just take whatever they want. This is an Android proxy is essential when you’re going to be in a high traffic area or you’re going to be doing business on your phone.

Depending on what you’re trying to do and what kind of phone you have, some Android proxy settings can be a little bit tricky to set, so we’ll try to go over the most simplistic and detailed guide that we can. Some schools, buildings or businesses actually require that you configure a proxy so that you may use their network. This helps them monitor traffic better and keeps outside intruders out.

This means, not everything has to honor that proxy. Google Chrome that’s built into your phone will more than likely use the proxy you setup but app developers can choose whether or not they want to use Android setup proxy and if they don’t, then they’ll connect via your main connection or over WiFi. A lot of people argue that you should use a VPN instead of a proxy.

What’s Better About a VPN on Android?

Well, unlike the Android proxy server list, a VPN connects to something that’s more secure, stable and it’s dedicated to you. Unless you own that proxy personally, you don’t know how many people have used it before you or what has been done with it. Also, a proxy often at times won’t help you gain access to a restricted site that you’re not supposed to be visiting.

However, a VPN does come with a downfall over a proxy. VPN’s can sometimes be a little unreliable and aren’t generally built for Android. Also, they cost a lot more too compared to a proxy which you can easily just plug the information into and go.

Setting Up a Proxy in Android

To get to the proxy settings chrome Android section of the phone, it’s actually relatively easy. This process is relatively the same depending on what type of Android you’re using but we’re confident this works anywhere from 4.0 to 7.1 and maybe higher. Some manufacturers may have labeled your sections differently or it may look differently but they’re generally always in the same place.

1.First, pull down the top menu and click on the WiFi Networks Found icon. If that’s not available, then you might have to go to Settings and then WiFi. From there, you should see a list of networks available. If not, make sure the network is established correctly before you think there’s something wrong with your phone.

2.Once you have a list of networks that populate, find the network you usually connect to or want to connect to. 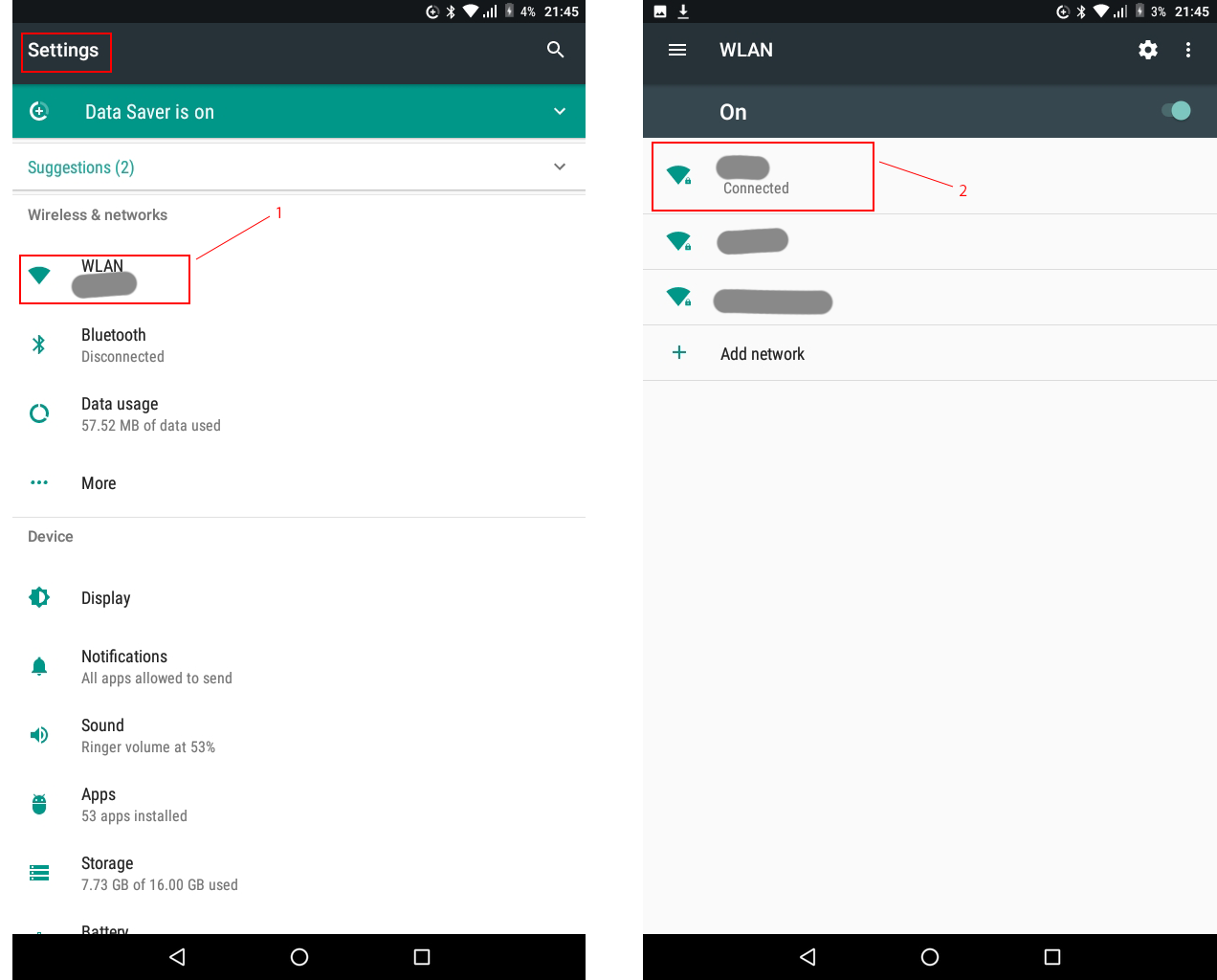 3.After you see that network on the list of names, hold down on the network and a new box should pop up with options such as Forget network and Modify network.

4.Next, you want to modify the network so select the Modify network option.

5.Then, there should be an advanced options section on the new window after you’ve hit modify. Once you see the Advanced Options tab, we’re going to be implementing our proxy right beneath this.

6.If you see an option that says Proxy Auto Configuration, you can probably ignore that and just hit manual.

7.Once the manual screen comes up, this is where you’ll put in the Android proxy server settings.

What if I Have Multiple Networks?

While the setup proxy on Android process is relatively simple the one that it’s not is consistent. If you have multiple networks, then you’re going to have to do this for every single network that you want to connect to with a proxy. That means, what you just did for one network has to be done for every single one of them that you use.

I Want to Remove the Proxy on A Network

During the how to setup proxy on Android process, we showed you how to access the proxy screen. Under the advanced options tab, where it says proxy, all you have to do is simply tap that and change it to none. There you go, you’re all done. That’s literally all there is to it and now you can enjoy some safe surfing on your phone without prying eyes.

I Want to Set This Up for All Apps

Unfortunately, this isn’t available as an option and never will be. Android set proxy for all apps may never actually be something that we see because of how Android and the apps are built. While Android WiFi settings proxy is easy to swap in and out, apps are built a little bit differently. An app developer has the freedom of choosing whether or not it will respect and obey the Android’s proxy rules or not. More often than not, they don’t care enough to make them obey.

This is another commonly asked question when it comes to apps and whether or not you can connect to apps with a proxy. The short answer is no but we’re sure there’s some crazy hacks out there that allow you to do it, even though we don’t recommend doing that. People often ask for advice on how to change proxy settings in Android apps. The short and simplistic answer is, it can’t be done.

Getting your Android proxy settings mobile network setup going is relatively fast and some might argue it’s even faster than doing it on the computer. Not a lot of people use proxies for their phones though because no one ever really thinks about it or thinks anything bad could come of them simply using their original connection. Realistically, most people aren’t targeting your phone and your phone is actually safer than using your computer to store confidential and private information.

However, this also doesn’t mean that you should be simply ignoring your phone’s protection and allowing just anyone to see what’s on your phone. At the same time though, how many people have personal pictures on their phone that they don’t want people seeing?

Reasons You Should Be Concerned Over Your Phone’s Privacy

All of these things and more always start with a simple IP address. That’s all it really takes to get things going and once a hacker has that, there’s a lot of damage they can do with that. So, we highly recommend getting and setting up a high-quality proxy server on your Android device or any mobile device that you use for that matter.

If you’re doing business on a phone, if you’re doing important things on the phone or if you’re doing things on the phone that are for your eyes only, just remembered that there may be others on it and you might not even know it. Make sure you’re safe and just stick with a private proxy on your phone. They won’t slow you down too much and fast private proxies are incredibly cheap as well, so you won’t have to pay an outrageous monthly fee like you would have to pay for a VPN. All you have to do is set one up, implement it and forget it.