Setting up a proxy server in iOS (IPhone, iPad)

If there’s one thing that’s very clear, it’s that there’s no very clear process to setting up a proxy on your iPhone, iPad or iPod Touch. They’re great pieces of hardware but Apple didn’t put a lot of thought into people who would use proxies on their devices because most people don’t care enough to look for them. iPhone proxy settings aren’t really hard to find but they’re confusing for some people.

One of the great things about setting an iOS proxy is that once you set it, it’s set for that individual and particular network. For example, if you connect to your home WiFi network and set a proxy for it, that proxy will work for that network and you can use your normal connection on any other network that you can connect to. A lot of people do things like this for diagnostic purposes.

The process for all three of these devices are pretty similar and this also covers how to setup an iPad proxy in this section.

Step 1 – Head on over to the Settings section of your device and then look for the Wi-Fi selection. Make sure the Wi-Fi is tapped into the on position so that it can start scanning for networks around your area. Make sure the hotspot you want to connect to is plugged in and fully functional before you start scanning. 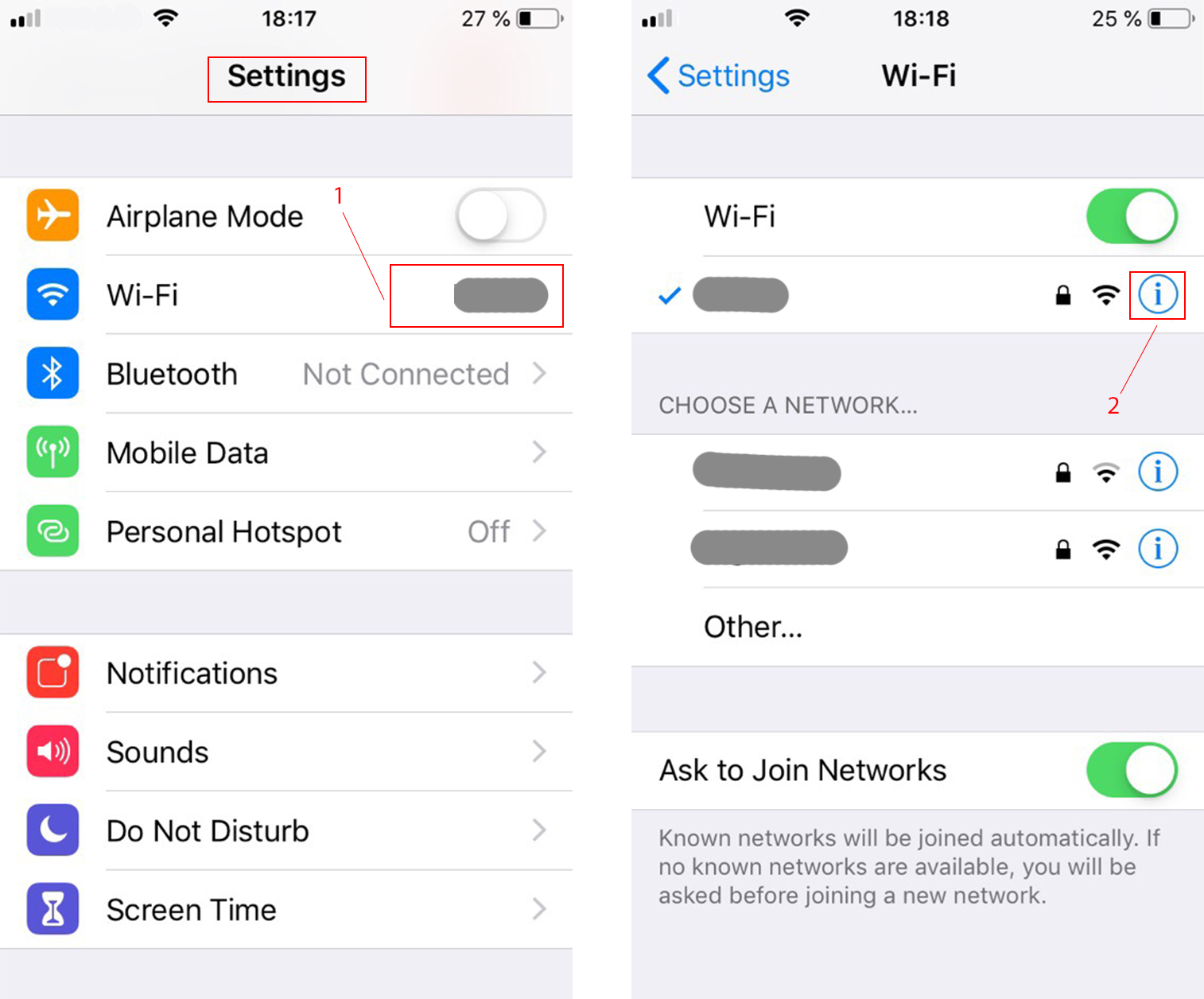 Step 3 – On this page, you should see all of your network information for the network you selected. You’ll see things such as your Subnet Mask, Router, DNS and other information. None of this is information you need right now. Scroll down until you see a section called HTTP Proxy. It should automatically be set to off. Tap on Manual.

Step 4 – On the next box, you’ll see some information pop up. The rest of this is pretty straight forward. Simply put in the address, put the port in if you even use a port, turn on authentication if your proxy requires authentication and simply save the changes. You’re now good to go and you should be running on your new iOS proxy server. 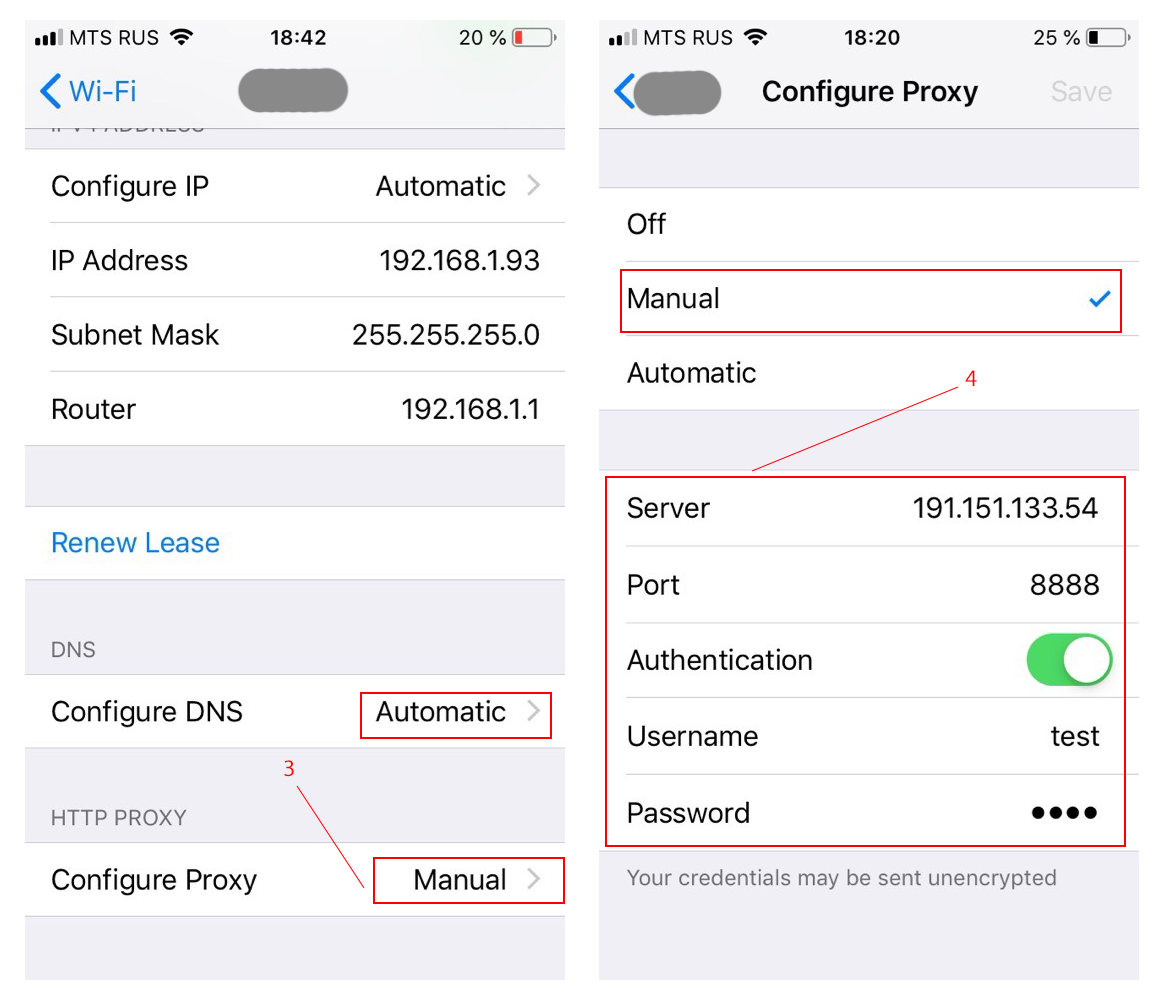 What About An iOS Browser Proxy?

This is completely unnecessary and this isn’t really a thing. Unlike Safari on the desktop, you don’t need to do this nor can you do this in the same way. When you setup an iPhone web proxy, it sets up the proxy for the entire device or at least the connection you’re using. You have to setup a proxy for the connection, not for the browser on a handheld device. It works this way on Android as well, so if you need to setup an Android proxy server, you’ll need to do it for every single network you want to connect to.

iOS proxy settings are pretty straight forward and there’s not a lot of things you can do with them on the front end. Usually the only information you’ll be presented with when you setup a proxy in iOS are the address where the proxy is located, the port number which is usually default and if you have an authentication process such as a username and password, then that will be included as well.

What’s the Best Proxy For iPhone?

While there are a lot of free proxies out there, most of them are web based and they generally speaking aren’t the best proxies. The problem with free proxies is as follows:

Having a proxy on iOS is generally inexpensive and it’s highly effective but it’s more than likely not going to be free, if you want a good proxy. That’s the bad news, that you may have to spend a little bit of money but the good news is, even the good proxy on iOS servers are extremely cheap. They’re dirt cheap. You’ll also have access to your own proxy so you won’t have to share it with other people, meaning all of the traffic will be handled through you and you won’t be throttled by thousands of other people at the exact same time.

Will An iPhone Set Proxy Protect My Identity?

Yes, it will but only to a certain extent. Whenever you connect to the internet, you’re putting yourself out there and even worse, people don’t realize what kind of information they’re putting out there. You probably think you’re safe just because your social media profiles have private status but that’s not true at all. If you want to truly be safe online and have complete anonymity, you need to do the following that a proxy browser iOS won’t do for you:

Basically, keeping yourself anonymous comes down to common sense. This is something that iOS can’t do for you. A proxy can only do so much when it comes to keeping your identity safe and keeping you anonymous on the internet. A proxy is simply a process that masks your external IP address from websites that try to obtain information on you. It can’t do much more than that.

This website use cookies to give you a good web page experience, as well as for statistics and marketing purposes. By continuing, you approve this.
Accept